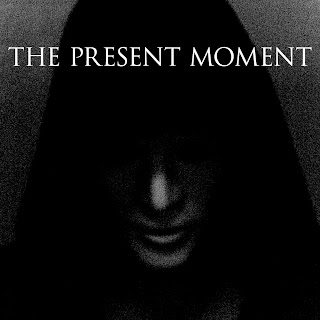 Available on very limited edition on cassette (50 copies) and CDr, The High Road is just out!
Electro-infused gothic new-wave industrial-drone. The Present Moment came out of just that. A moment in time where change was influx and it was a chance to venture into new territories musically. Scott Milton, The Present Moment main man, wanted to start giving birth to the musical ideas inside his head out of the band construct. An ever evolving page where he could start this idea and watch it grows out of intention and into a real living musical organism. For now he choose to create and let the process unfold on its own.
THE TIME IS NOW, THE PRESENT MOMENT.
In the heat of LA under his black hood, Scott Milton, member of bands Catalog and Moodorgan, made a mixture of electro pop music sprinkled with dark glow under the name of The Present Moment.
With influences ranging from the electro-glam sound of bands like Visage, Human League, Heaven 17 to the more industrial beats of Nine Inch Nails, COIL, Ministry and Throbbing Gristle with a haze of gothic rock (early Adam & The Ants, Siouxsie & The Banshees, Alien Sex Fiend), The Present Moment is releasing The High Road, his first full length album. Originally released on the US hype label Disaro as a limited edition CDr, The High Road is now out on desire. This very first pressing is out on limited edition CDr, very limited edition real-to-real cassette and unlimited digital downloads.
The High Road contains 10 tracks penned and produced by Scott Milton with the help of his longtime friend Phillip Muench (The Rorschach Garden, Synpscape) on the title track and The Damage Is Loved. It also includes two great covers: Candy-O, originally written by Ric Ocasek for The Cars and Season Of The Witch written by the English psychedelic troubadour Donovan.
Arrival
The High Road
Million To One
Baby Doll
No Pieces Fit
The Damage Is Loved
Loaded
Emily
Candy-O
A Certain Breathing
Season Of The Witch
Visitation
Publié par Desire à l'adresse 5:32 PM